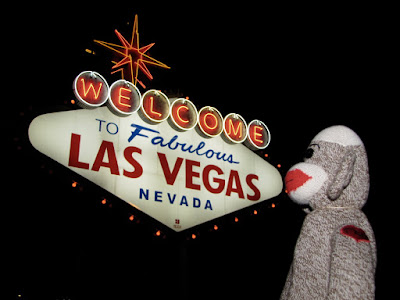 As most of you know, I went to Las Vegas with my dad, he was at a conference called NAB (National Association of Broadcasters), although my definition of NAB is NEED A BANANA!  Any-who, dad was at the conference all day Monday and since it sounded boring I decided to stay back at the hotel.  My day consisted of eating, sleeping and sunbathing by the pool. 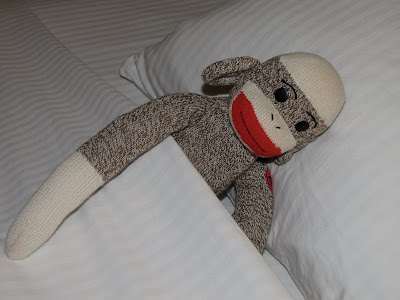 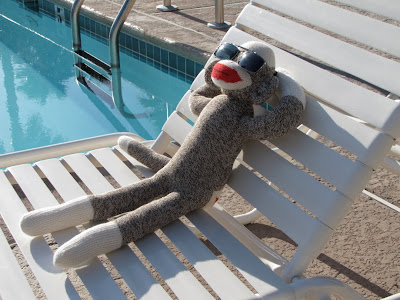 That night we took a walk along Fremont Street in the old part of Vegas.  I've never seen so many bright lights and purdy girls.  I saw some of those girls on a light up sign that said Lap Dancing Divas.  Wow, they were sure cute and had big boobies.  I asked dad if we could go in and he said "no way" he mumbled something about getting in trouble with mom if he stepped foot in there. 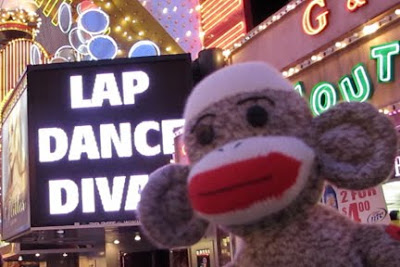 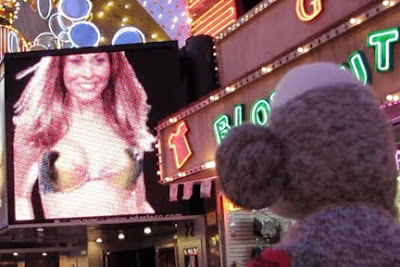 We continued walking and saw Binions, the big cowboy at Famous Pioneers, The 4 Queens and Hard Rock Cafe! 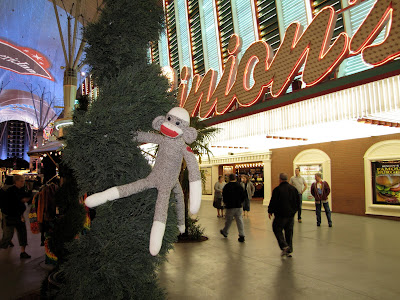 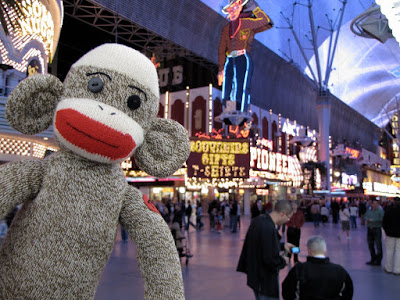 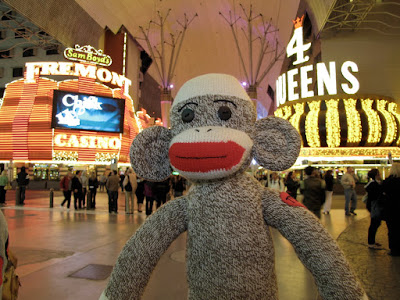 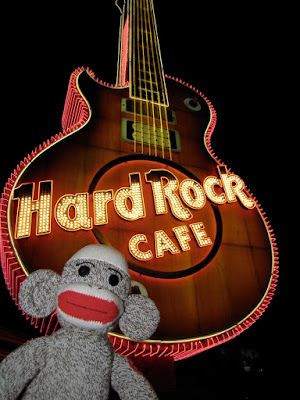 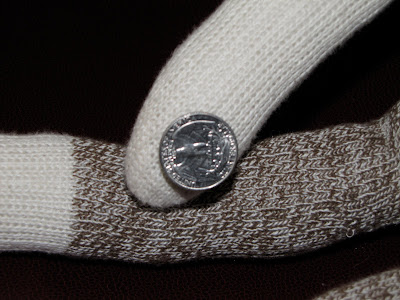 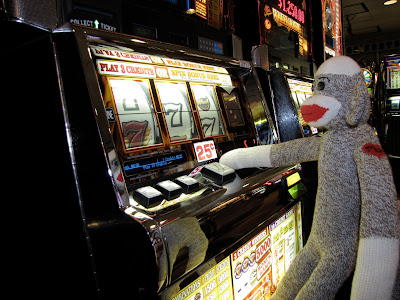 Oh, I was so close to the triple 7's *sigh*.  Oh well, dad was optimistic for me so we went to the nickel machines and I hit it big!  I was afraid the tax guys were going to stop me at the door, but dad assured me they wouldn't stop me for twenty nickels. 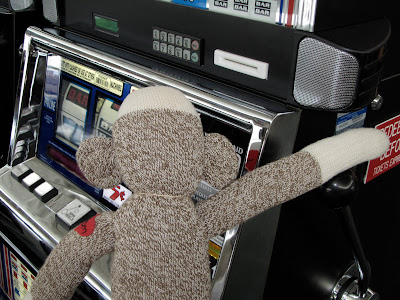 After we left the casino, we went to see the overhead light show, Fremont Street came alive and I felt like dancing.  The Doors were the featured show and I busted into some of my finest "monkey moves" to the amusement of many people around us.  Dad said not to worry about what others might think because "sometimes you just have to be yourself".  I must have done ok with my dancing, after I was done two older women wanted to shake my hand and an Aussie guy came up to me and said he had never seen such smooth moves.  A younger couple also approached me and dad, I was a little nervous with them, the girl told her boyfriend she wanted to take me home.  I must have looked scared because dad put his arm around me and said, "No, Jonah has a good home in Nebraska."  Whew, thank goodness dad was close by to protect me. 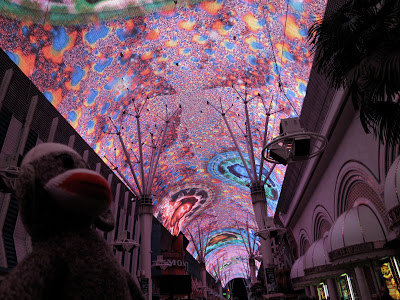